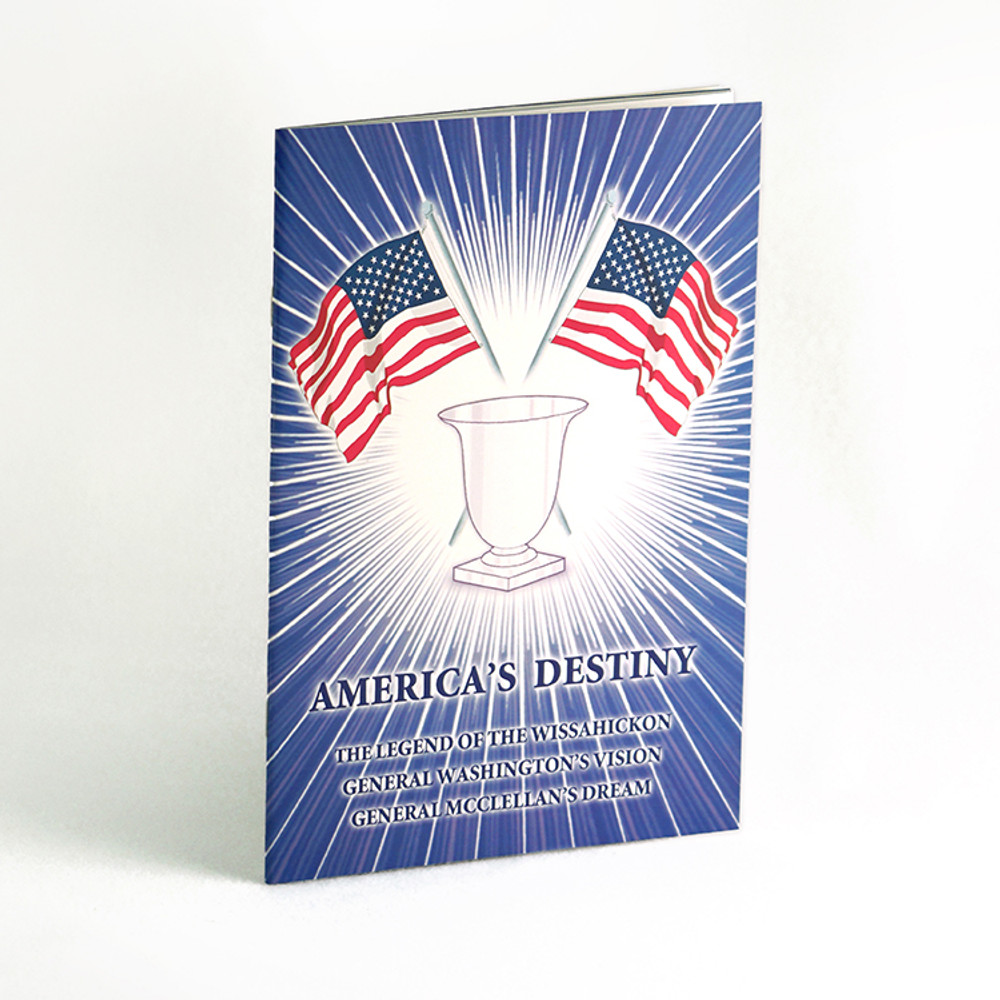 America's Destiny includes the three historic prophesies regarding George Washington and America’s Freedom: "The Legend of the Wissahickon," which is the consecration of George Washington; "Washington’s Vision," that warns of three great perils affecting America - the third of which the whole world united shall NOT prevail against Her. And, "General McClellan’s Dream" in which Washington warned of disaster and how to avoid it.

I AM America's Protection