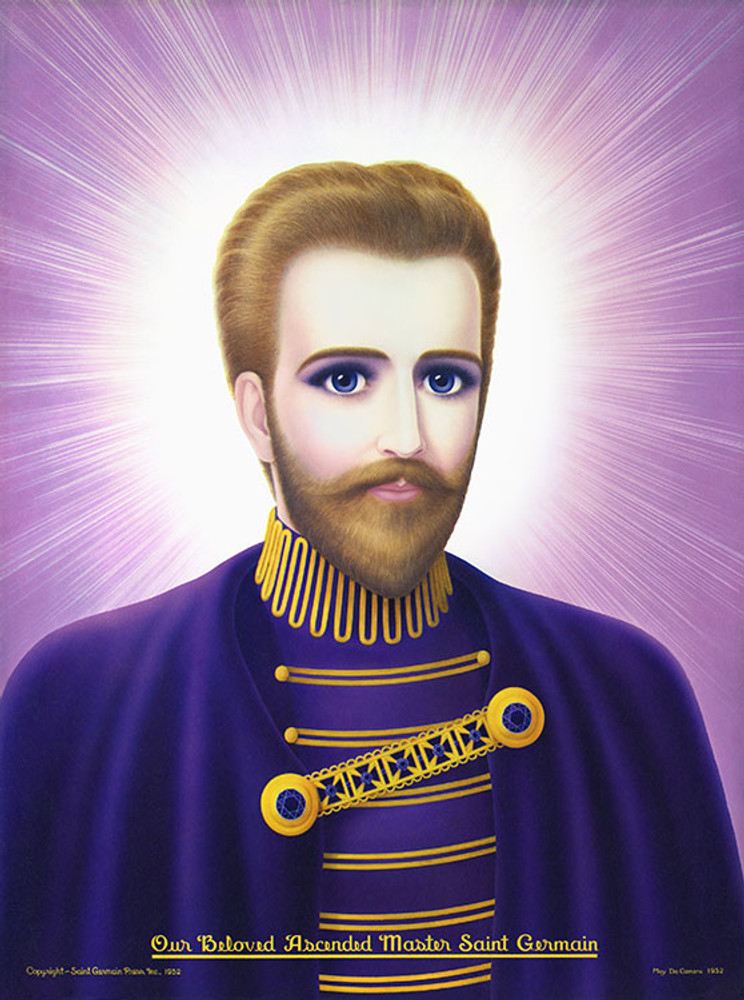 The Great Ascended Master Saint Germain is one of those Powerful Cosmic Beings from the Great Spiritual Hierarchy of Ascended Masters, who govern this planet. <p>Beloved Saint Germain accomplishes all Service in the outer world by the projection of Light Rays, charged with His Ascended Master Consciousness, Divine Love, Peace, Courage and Protection. He has labored throughout the centuries for the upliftment of mankind everywhere, and is now working intensely for the Protection and Illumination of America.</p> Beloved Saint Germain is the same great Masterful One who worked at the Court of France previous to and during the French Revolution. He is Eternally linked with America—past, present and future, for a very important part of His Work upon this Earth is the Purifying, Protecting and Illumining of the people of America, that She may be the Carrier of the "Cup of Light" to the Nations of the Earth in the Golden Age that is before us.

This Beloved Brother of humanity, who works untiringly for America's Light and Freedom, is even now during the present hour in America, pouring His Light, Love, and Assistance wherever individuals will maintain harmony in their feelings. Not for many years ahead, will the people of America and the Earth know how much they owe to this Great Being to whom it is impossible to do full Justice, except in deepest Love, Obedience, and Service to the Ideal for which He stands and unceasingly labors.